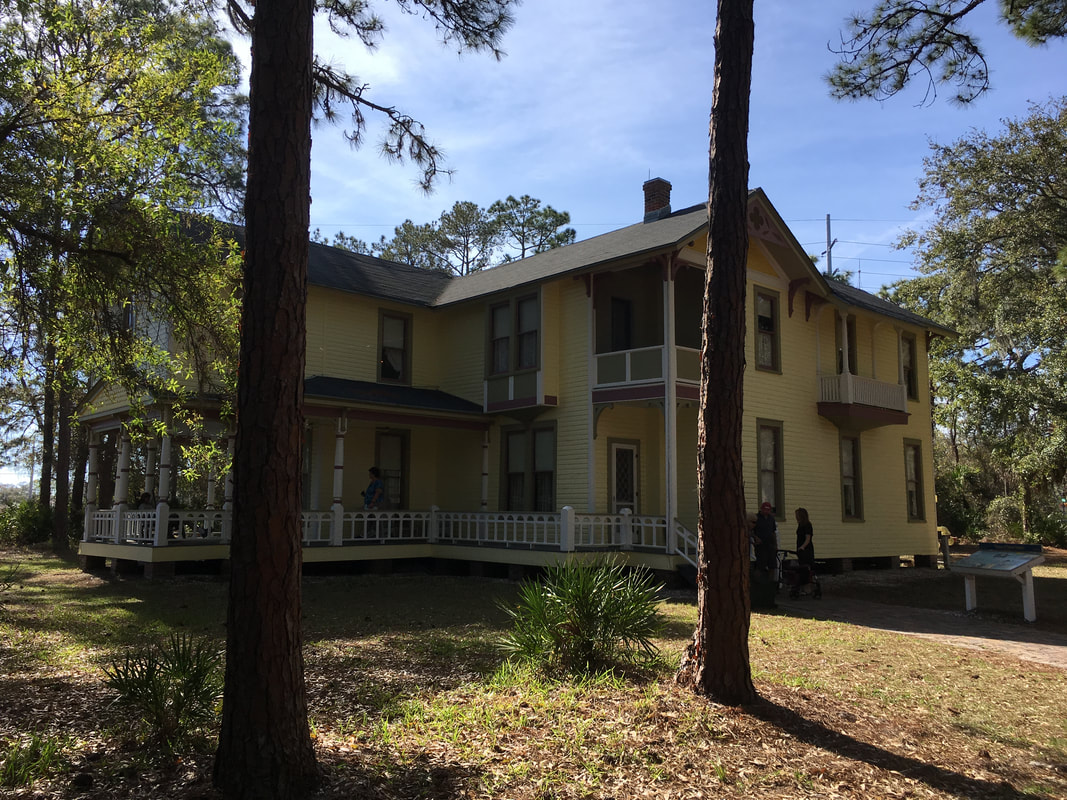 Pinellas Heritage Village is just that – an entire village of houses built between 1850s and the 1910s all around Pinellas County and carried there in the 70s and 80s. Most of them you can now go inside and see what they were like. They often have interesting artifacts laid out and two of the houses have docent tours. They tell you in detail how people used to live and what all the artifacts do.

The upper classes of the nineteenth century had some pretty neat kitchen gadgets, including the swiveling teapot and the waffle maker. It seems strange that the bed was beautifully carved on the side facing the room and plain on the side facing the wall. You’d think they would like to move things around once in a while but people were very stuck in their ways back then. They lived in the same house their entire life. It makes you wonder how much dust is under the bed. Also interesting is that the rich used to have very long curtains that dragged on the floor because they wanted to show everyone that they could afford to waste fabric. 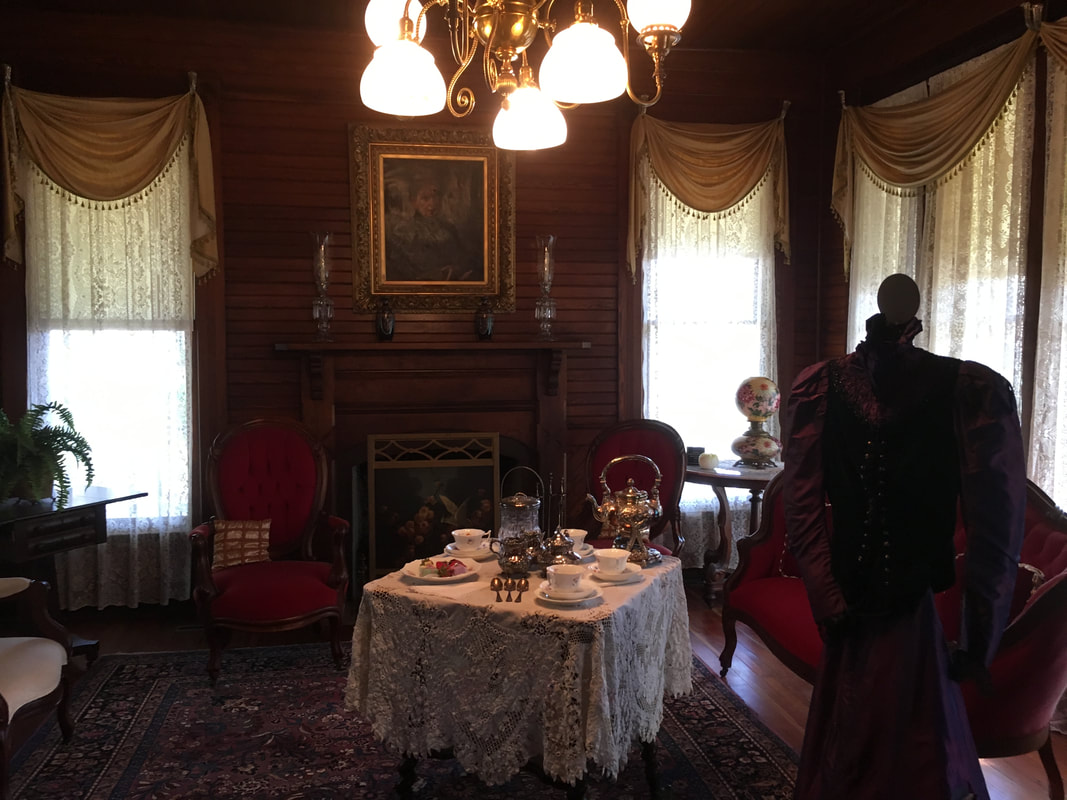 There was also a cabin that used to be out in the middle of the woods. It had no windows and the kids used to have to pour boiling water through the spaces between the floorboards to drive away the animals that would otherwise take up residence underneath. It had two separate rooms connected by a wrap-around deck. 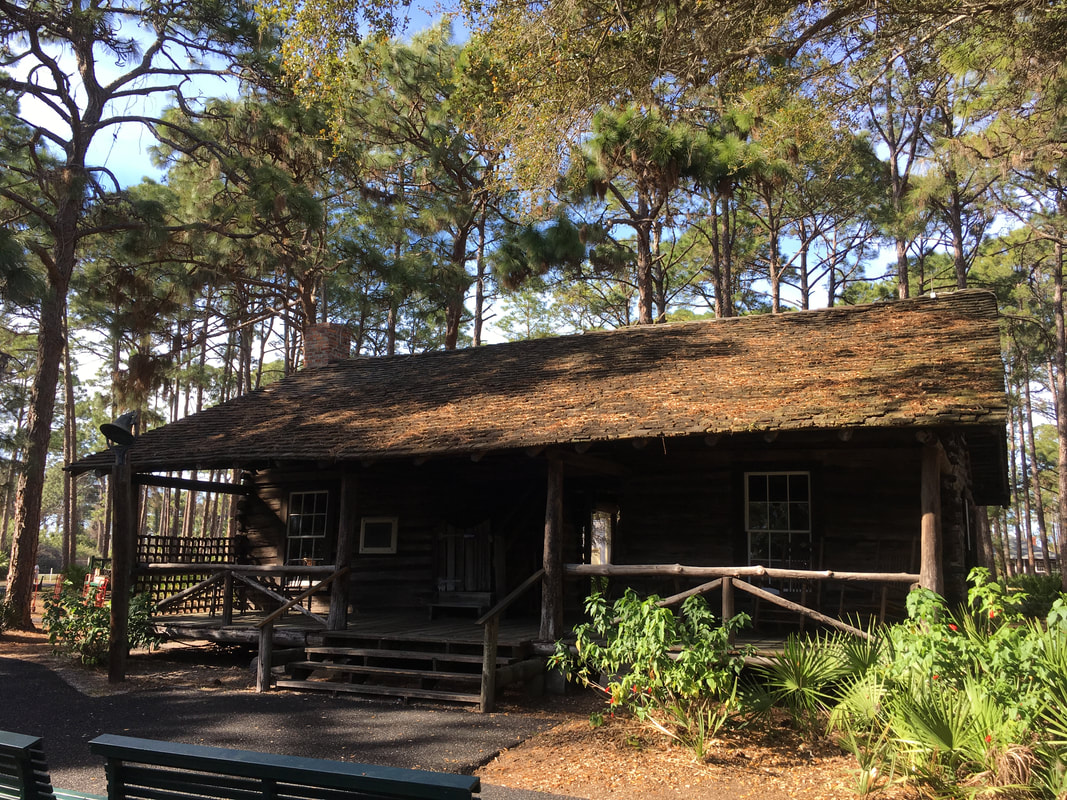 There is also a train station, a schoolhouse, and a church. The church I had thought had a very interesting story. It was actually picked up and dragged still intact by a hurricane at one time and then another storm many years later took its roof off. Later it was fixed up and moved to its present location.

There is a little mini-museum visitor center near the entrance giving a little bit of the history of Pinellas County. It was very big in the sponge business. A sponge press was used to press the air out of the sponges to pack them into bales for shipping. Later it became a prime tourism spot and St. Petersburg was among the first cities to have a tourism department specialized in marketing the city.

According to the information placards, people used to just put their dead wherever or else they had a family plot but then when the land changed hands the records were lost so at some point they started to put the dead all together in one place. These first cemeteries were well maintained and in time people began to visit often to get away from the cities. These became parks. When the first parks were created, they had to put up fences to keep out the chickens and pigs both domesticated and wild that used to roam around all over the place.

This place is just as good as any history museum only much much much bigger because it's like a whole bunch of museums in one – each one a treasure. You can walk around there almost all day. The village is free courtesy the city of Largo.